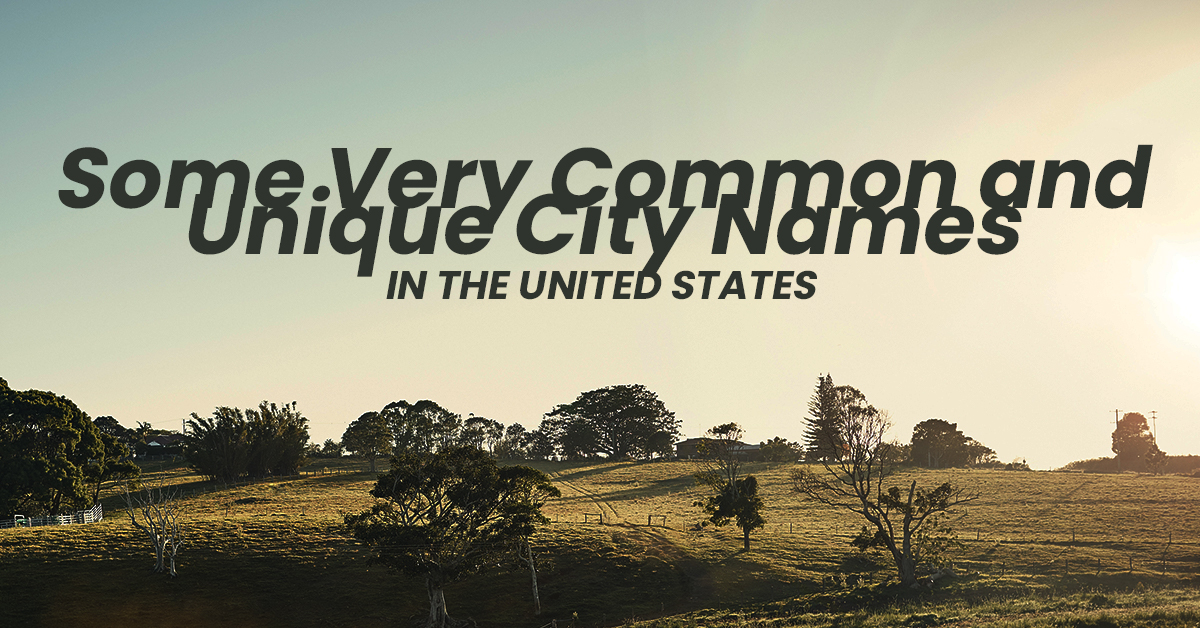 It can make you question the imagination of the European settlers of our country. Drive across the country and you are likely to see towns, cities, and counties of the same name over and over. Some, perhaps, are understandable. Washington, for example, was after all, the Father of our Country. It would make sense then that proud Americans would eventually name 88 separate places in his honor. Columbus is also a favorite name for a location as 54 cities, villages, counties and other locales are named after the explorer. There are 41 locations named Springfield, (not including the imaginary home of Homer Simpson). There are 35 Franklin’s and 30 Greeneville’s. Unless you live in Louisiana, Hawaii, Alaska or Oklahoma there is a Riverside in your state.

Some popular names have interesting stories behind them. There are 36 places, for example, called Marion in the United States.These places are generally named after American Revolutionary War officer Frances Marion, also known as the Swamp Fox. One has to admit Marion is a better community name than Swamp Fox.

Although multiple cities share common names, some stand alone. New Orleans, for example, is the only city of its name in the U.S. In fact, there is only one other New Orleans in the world. The other is in Barbados. In search of Las Vegas? There are only two places to look in the United States. There, of course, is THE Las Vegas in Nevada but there is also a Las Vegas, New Mexico. There are three cities called Indianapolis, three named Minneapolis and 18 called Saint Paul.

There are plenty of candidates for the most unusual, unique and even humorous names in the country. They include :

There is a Frostbite in Minnesota and a Frostproof in Florida. Of course, in the United States, you can travel to Athens, London, Paris, Moscow, Berlin, Lebanon, and Lima without leaving the country.

The city with the shortest name in the country is Amo in Indiana. The longest city name without spaces or hyphens in the U.S.? Mooselookmeguntic, Maine.

It’s a big country with lots of unique places and names. That is unless you live in Riverside, Springfield, Washington or Marion.

Whatever Happened to These Rock Stars?

Etsy and Ebay and Work From Home Businesses

“Do Women Live Longer Than Men?” and Answers to other Other Life Insurance Questions

Are You Asking the Right Questions About Homeowners Insurance?

Smartphones: How and How Much We Use Them May Surprise You

Own a Rental? You May Need Business Insurance

What is Decreasing Term Life Insurance?

One of the Best Buys in Loss Prevention: Renters Insurance