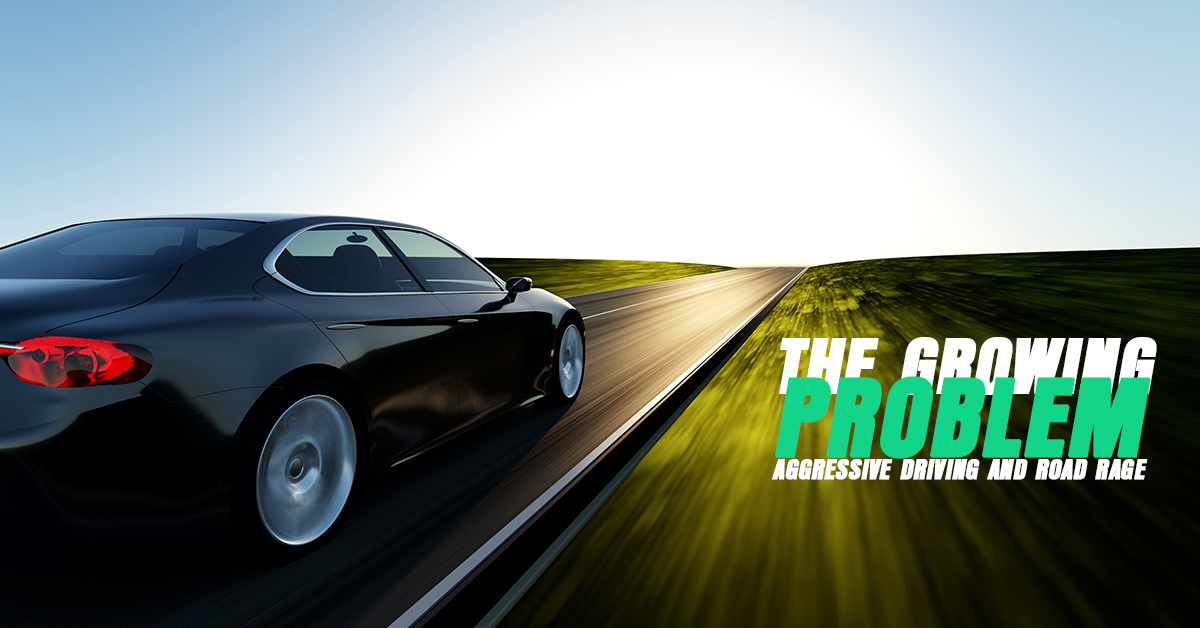 There is another important distinction. Aggressive driving is a traffic offense; road rage is a criminal offense. This difference is because road rage is considered an assault with a motor vehicle or other dangerous weapon by the operator precipitated by an incident that occurred on a roadway. That can be very serious business.

Other aggressive driving/road rage statistics include:

What is the best way for you to deal with your own road rage? Experts say it may be as simple as finding some of your favorite tunes on the radio. Others suggest taking your mind off the incident and some believe yelling may actually help relieve stress.

For some reason we act far more aggressively in our vehicle than we would in public. We may allow someone ahead of us in the line at the grocery store but heaven forbid they try on the roadway. We are all part of the problem and can all be a part of the solution.

An aggressive driving or road rage incident can affect your driving record and your auto insurance rates. If you feel you may be paying too much, contact one of our independent agents. They can search multiple companies to find coverage and pricing best for you.

Getting Serious About Energy Savings

Getting Your Mind Out Of the Gutter: Fun Bowling Facts

What Are the 7 Habits of Highly Effective People?

Distinctive Automobile Headlights of the Past