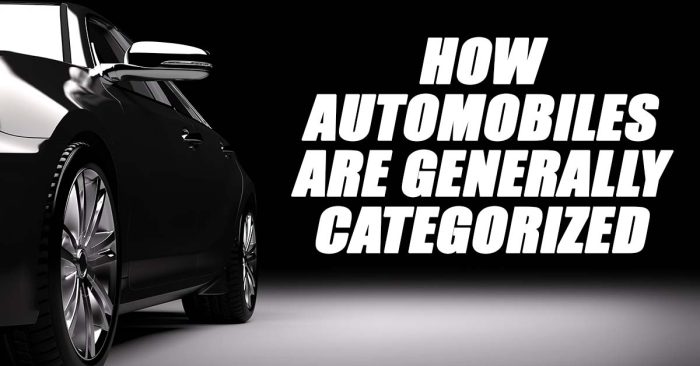 Car owners, automakers, auto organizations and even insurance companies will often categorize automobiles to sort them into groups. Sometimes, however, there is confusion about these groups and there may even be some crossover. Some categories are more formal and others more flexible. Here is a general glossary of cars and how they are sorted into categories.

Vintage – This term is generally used to describe automobiles that were manufactured prior to 1930.

Antique – This label is given to cars that are 45 years or older. It may be surprising to know that if you have a late 1980s model car.

Classic – Cars that have reached 20 years of age but have yet to reach 45 years old are considered “classics”. Cars that were produced in the early 2000s are already considered classic cars.

Historic – Historic and antique vehicles have similarities when it comes to age.

Show Car – Sometimes referred to as “dream cars”, these are cars produced by manufacturers or private owners specifically to display at car shows or related events.

Exotic – Exotic cars can be wide-ranging and a bit subjective. They are generally considered extraordinary, exceptional, and likely rare. Exotic cars are usually unique and/or distinctive. While “exotic” doesn’t necessarily mean expensive, many exotic cars are costly. Exotic cars are often produced in a foreign country and may rarely be seen on local roads or highways.

Collectible Cars – People may collect cars due to their make or model, or even because of memories they bring back from a time gone by. What can make cars collectible is how rare they are, the condition they are in, and the likelihood they will continue to increase in value in the future. Collectible cars are either in exceptional condition or restored to the point where their value exceeds that of a similar car of the same make and model.

Muscle Cars – While there have been many discussions and debates regarding the exact definition of a muscle car, it is generally used to describe an American made, 2-door coupe with powerful engines.

Super-Cars – A super-car is a high performance sports car that has extraordinary acceleration and usually 200mph-plus top speeds. They are usually produced in somewhat limited runs and are often priced in excess of $250,000.

Standard production cars can easily be insured, however, some unique vehicles above will take specific policies or riders to be adequately protected. We can help. Contact one of our independent insurance agents to discuss your car, its value, and the appropriate protection. We look forward to assisting you.

Things You May Not Realize You Can Do In Michigan

What Do You Do With Your Spare Time?

The Art of the Car: Famous Car Designers You Likely Never Heard of